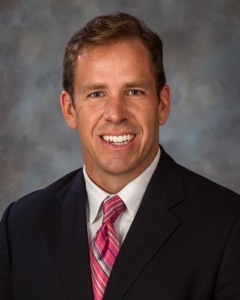 Charles is a Dothan native and graduated from Northview High School. He has his GRI (Graduate Realtor Institute) designation and successfully passed the certified public accountant exam. Charles received his Bachelor of Science in Accounting from the University of Alabama, began his accounting career in Chicago, and practiced personal financial planning with Arthur Andersen in Atlanta, Georgia.

Charles was appointed in 2015 by Governor Bentley to serve on the Alabama Commission of Higher Education for a nine year appointment. Some of Charles' other community activities include serving as past Chairman of the Board of the Dothan Area Chamber of Commerce, BOD and Treasurer of Wiregrass United Way, Southeast Alabama Community Theater Board and his children's school, Houston Academy. He is a graduate of Leadership Alabama, where he currently serves as Regional Council Chairman, and Leadership Dothan. 2013 Overall Wiregrass United Way Campaign Chairman and successfully raised over $2.6 million. By meeting this goal the United Way also received a $400,000 challenge grant.

Charles and his family attend Wiregrass Church where Charles actively serves in the children's environments. He and his wife Amy live in Dothan with their four beautiful children Ayres, Westly, Thomas and Chase.